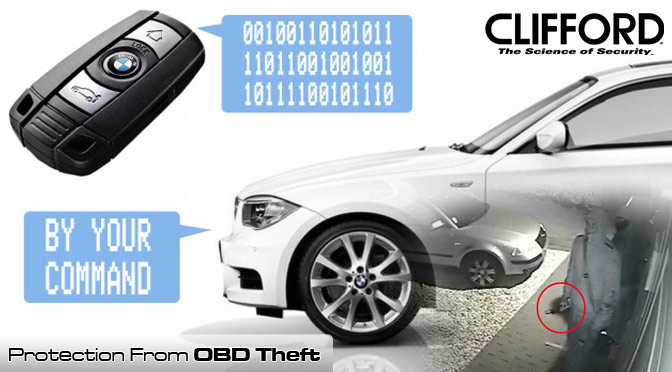 Protect Your BMW From OBD Theft

On-board diagnostics (OBD) security bypass kits, supplied with reprogramming modules and blank keys, are  enabling low-intelligence thieves to steal high-end cars such as BMWs in a matter of seconds or minutes.

There is a lot of concern about OBD theft specific to BMW cars, with a simple £20 bypass tool available from China and Eastern Europe as a kit, any unskilled criminal can quickly hijack your cars security systems.

What a lot of people don’t know is that other car makes are also vulnerable with similar devices also available for Vauxhall, Opel, Renault, Mercedes, Volkswagen, Toyota and Porsche Cayennes. As posted by Pistonheads – see here

UK Police are increasingly seeing fancy cars being whisked away by criminals believed to be using the kits – with the car owners still with the keys in their possession.

This issue is becoming so prevalent that Warwickshire Police released a press release warning BMW owners that their cars could be targeted and to take extra security precautions. saying that many cars had been stolen in just the last few months.

In August 2013 the Metropolitan Police in London left leaflets upon BMW windscreens warning car owners to the problem – covered in a recent BBC Watchdog report.

The tool originally designed for garages and car recovery firms to enter cars after the keys have been lost by owners, these kits have since fallen into the hands of criminals who have used it to pick apart security weaknesses of the OBD network.

To use the tool – car thieves first need to intercept the key transmission between a car and a valid key fob before they can then reprogram a blank key which they can then use to start the car via the OBD network.

The BBC rolled its cameras to the sky as its news reporters used the key in the Watchdog investigation, but there are online videos showing how easy it is to use the tool to steal cars.