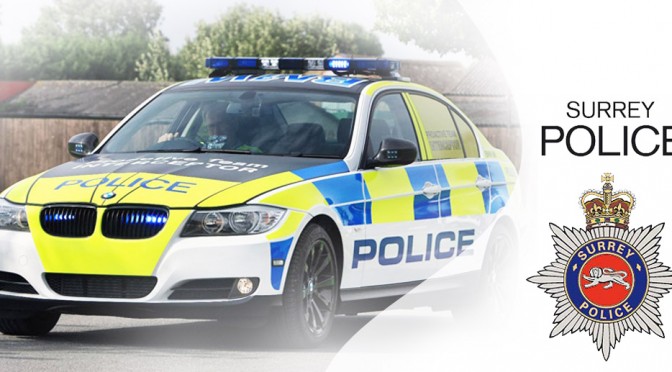 Due to a large spate of car thefts in the North Surrey area – Residents are being asked to stay on the lookout after a series of thefts from BMW cars in Surrey. Surrey Police has received several reports of thieves using a specialist device to pick car locks in order to steal sat navs and i-drive entertainment systems.

Numerous reports received over the last few weeks show that offenders are using a specialist device to pick the locks of car doors to steal the sat nav and entertainment system known as ‘I-drive’.

Residents are being asked to stay on the lookout after a series of thefts from BMW cars in Surrey. Thefts have occurred in Princes Road, Weybridge on Monday, February 3, Wolsey Road in Esher on February 4 and Ashley Rise in Walton-on-Thames on February 10. There have also been similar thefts in Addlestone, Egham and Shepperton.

Detective Inspector Nancy Greenslade-Jones said: “Where possible we advise that owners either park their cars where there is good street lighting or in a garage.

“In many cases we are finding the owners aren’t even aware they have had the console stolen until they go to start the car and drive off.

“It seems that BMWs are being targeted for their ‘I-drives’ perhaps to be resold to car owners or dealers.

“We are determined to find these thieves and are keen to hear from anyone who may have witnessed any of these incidents or may have been approached to purchase such I-drives to contact us.”